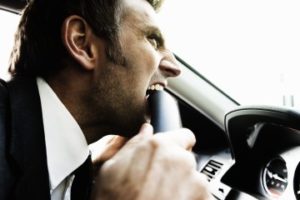 People get angry – it’s a perfectly normal reaction when someone oversteps boundaries in your emotion. Have you ever thought why you get angry? What triggers your anger? And if you do get angry, what do you do then?

Remember when someone cut you while you were driving late to work and you wanted to cut that car too? Have you ever asked yourself why? Chances are, if the two of you are going to the same destination, he would have just gotten ahead of you by 5 seconds to your parking area. 5 seconds!

So why the need to cut him back?

The thing is, you probably didn’t know that and you probably weren’t thinking about that 5 second rule. It’s important for you not to be late for the meeting – or to be as early as you can if you’re already late. But still, why the need to cut him back?

The root of that ‘angry’ emotion is… Well… Pride. Your pride is important to you – and isn’t it to everyone else? But think about it – now that you know it’s (just) your pride at stake, would you still consider cutting that person back and risk a little reckless driving on your end?

There are Boundaries in our Emotions

Those boundaries dictate the things that are important to you.

What do I mean? Let’s take a look at the story of Jacob and Esau:

“Once when Jacob was cooking some stew, Esau came in from the open country, famished. He said to Jacob, “Quick, let me have some of that red stew! I’m famished!” (That is why he was also called Edom.)

“Look, I am about to die,” Esau said. “What good is the birthright to me?”

But Jacob said, “Swear to me first.” So he swore an oath to him, selling his birthright to Jacob.

Then Jacob gave Esau some bread and some lentil stew. He ate and drank, and then got up and left.

We know what happens when the time came for Jacob and Esau’s father, Isaac, to bless his firstborn son (supposedly Esau but Esau traded his birthright away to Jacob). Jacob deceived his father Isaac into thinking that he was Esau. And when Esau came to ask for Isaac’s blessing, Isaac has already given it to Jacob.

“Esau said, “Isn’t he rightly named Jacob? This is the second time he has taken advantage of me: He took my birthright, and now he’s taken my blessing!” Then he asked, “Haven’t you reserved any blessing for me?” – Genesis 27:36

By the tone of Esau’s voice, we can all tell what’s cooking up inside him.

“Esau held a grudge against Jacob because of the blessing his father had given him. He said to himself, “The days of mourning for my father are near; then I will kill my brother Jacob.” – Genesis 27:41

2) Overlook boundaries that SHOULD not really be important – when someone cuts you while you’re driving, when someone provokes you to a fight over pride or a petty incident, or perhaps when someone talks behind your back for something that’s untrue.

What Should you do when you Become Angry?

When Tamar, king David’s own daughter was raped by her half-brother, Amnon (king David’s firstborn son), he was angry.

BUT if you read the following verses, king David did nothing about it. The result? Tamar’s brother Absalom murdered Amnon 2 years later and fled. Absalom harbored a mix of fear and hatred for his father David and wanted to become king. He started a coup and wanted king David dead. King David fled from Absalom as the coup ensued and had to go to war against his son Absalom.

Getting angry over something clearly, importantly wrong is natural and the right thing to do – but not doing anything about it can leave a trail of fear and hatred. 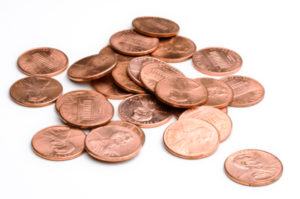 When the Temple of God was being used by the money changers and other merchants for profit and business, Jesus got angry.

“And Jesus entered the temple and drove out all who sold and bought in the temple, and he overturned the tables of the money-changers and the seats of those who sold pigeons. He said to them, “It is written, ‘My house shall be called a house of prayer,’ but you make it a den of robbers.” – Matthew 21:12–13

Was the Temple of God important to Jesus? Yes. It was His Father’s house.

What did Jesus do? He practically went ahead and physically showed just how angry He was to the people who were violating something that’s important to Him. Did anyone oppose Him? Probably. But no one really likes to get in the way of an angry person. Especially if He is right.

Jesus knew what was important to Him. He was angry and acted out and protected that.

And that’s what you and I should do.

Know the things that should and should not be important to you.

Be angry when someone violates that which is rightfully important and protect it.

As Christians, we are not called to be wussies even when someone pushes us and our faith around.

Be angry for the things that matter – especially on things that deal with the glory of our God!