One of my favorite verses is from James 1 verse 19. It speaks about the defensive side of men and women especially in times of conflicts and disagreements. It speaks about the reality of differences among people of various culture, background and beliefs. But ultimately, it teaches us about humility. 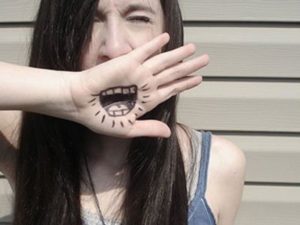 This entry has been inspired by James 1:19 and  the book ‘Overcoming Emotions that Destroy’ by Chip Ingram and Becca Johnson.

Be quick to listen

You could be feeling all of the above and with all due respect, I tell you that you have a right to feel this way. But don’t you stop there! The Bible tells us to be quick to listen when we get hurt, our emotions heighten. In this article, may I add the fact too that our memory seems to sharpen.

In my case of being a spewer (read my previous article for further details), there were times when I get upset and hurt with my mom and remember how she had done similar things in the past towards me; or know that she would’ve dealt with things differently with my other siblings. The tendency to recall records of hurts, disappointment, frustration and anger seem to play fast forward in my mind which then translates to feeling more pain, saying angry words and regretting bitter actions towards her.

Whether which type of angry person you are, being quick to listen allows us time to understand better how the other person feels. It buys us time to analyze why someone reacted the way they did. And in addition, it lets us examine which type of response to give; or if we are to give any at all. For a stuffer or leaker, listening should not only include hearing the other person’s frustration over a matter but should also include acknowledging your personal feelings and hurts. 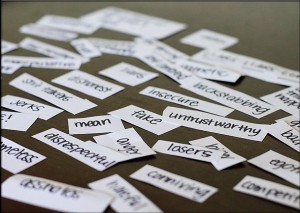 As we may have heard of the saying, the average man thinks about what he has said; the above average what he is going to say.

Being slow to speak doesn’t mean one must speak in slow motion. But the Greek translation of the verse as stated in the book previously mentioned, it says that one must meditate and weigh carefully first what will be said to avoid regretting what have had been said.

Instead of letting out on our emotions whether it be by speaking our minds directly towards a person, locking ourselves in a room or gossiping about it with friends, we must choose to think and pray.

“Reckless words pierce like a sword, but the tongue of the wise brings healing.” –Proverbs 12: 18

In the book, the authors also encourage time-outs especially for people who believe they couldn’t help feeling mad. This gives both parties ample time to think and pray without pressuring one another. The goal of this time-out is to be in control of one’s emotions to ultimately settle the conflict.

Having performed step 1 of listening to the other person’s concerns can then only give way to step 2 in better understanding the conflict from the other person’s shoes. Be careful therefore, of asking for time-outs when both parties have not clearly stated their concerns because tendency is, the other person just wants an easy way out of the conflict, and the issue of resolution is not really his or her main objective.

As our church pastor says, we’ve got to be masters of our emotions. As emotional beings, we sometimes forget that it is our choice of what and how to feel. It is without a doubt easier to allow our feelings to flow, but it is definitely more ironically painful and rewarding and perfectly human to be in control of it.

An initial reaction of many when a car cuts you when you were driving fast in a highway is to honk as long and loud as you can or to do the same to teach him a lesson. But you can choose not to.

The ‘normal’ thing to do when you got laid off at work because of internal politics would be to grumble and complain. But you can choose not to.

An ‘acceptable’ thing to do when someone hurts you would be to harbor anger towards the person and not to forgive. But still, you can choose not to.

Why? You may ask?

Because your Maker understands you best. He knows what will be best for you. He has ‘plans to prosper you, not to harm, plans to give you hope and a future.’ – Jeremiah 29: 11.

Because God gave His Son Jesus to live as our model and to die for our forgiveness sake.

Because we want to love Him back and obey what He has instructed us to do.

Because you are a child of God. Live like one.