There are many Christians who know the Word of God. Christians who memorized Bible verses, teach in Bible studies, serving in ministries, facilitate in retreats – and yet when you look closely at their lives, something is wrong. 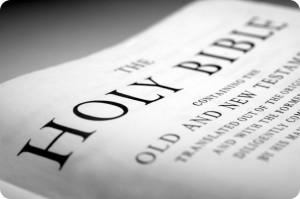 How did that happen?

Somewhere, something has gone terribly wrong.

You see, Israel went astray and had gone against God to pursue the worship of other gods. Detestable gods. These gods are made out of iron, silver, gold, or wood – the same wood that you use in your fireplace. The same wood that you sit on. These gods are man-made. And the Israelites worshiped them – putting them as a higher authority in their lives than the living God who blessed them with the land that they are living in.

King Josiah made a revolution. This revolution was for the country of Israel to turn back to God. It was a 100% change. A 180 degree turn.

During this revolution, the Book of the Law was found again.

What does this have to do with you?

There are a lot of times when we put some thing above God – a relationship, a game, a career, a business, a group of friends, or what have you. These things are man-made. Why put them in the place of God in your life? Why put them in the center of your heart?

Somewhere, something will go terribly wrong when you substitute God with a man-made idol.

Even as Christians, when our lives are supposed to be led by the Word of God, sometimes it gets lost in the rubble of our idolatry. And when it does, we need a 180 degree turn. Go back to God.

Check yourself. Is God’s Word still in its right place in your life?

Make sure it does not get lost in the very temple of our Lord.

“Do you not know that your body is a temple of the Holy Spirit, who is in you, whom you have received from God? You are not your own; you were bought at a price. Therefore honor God with your body.” – 1 Corinthians 6:19