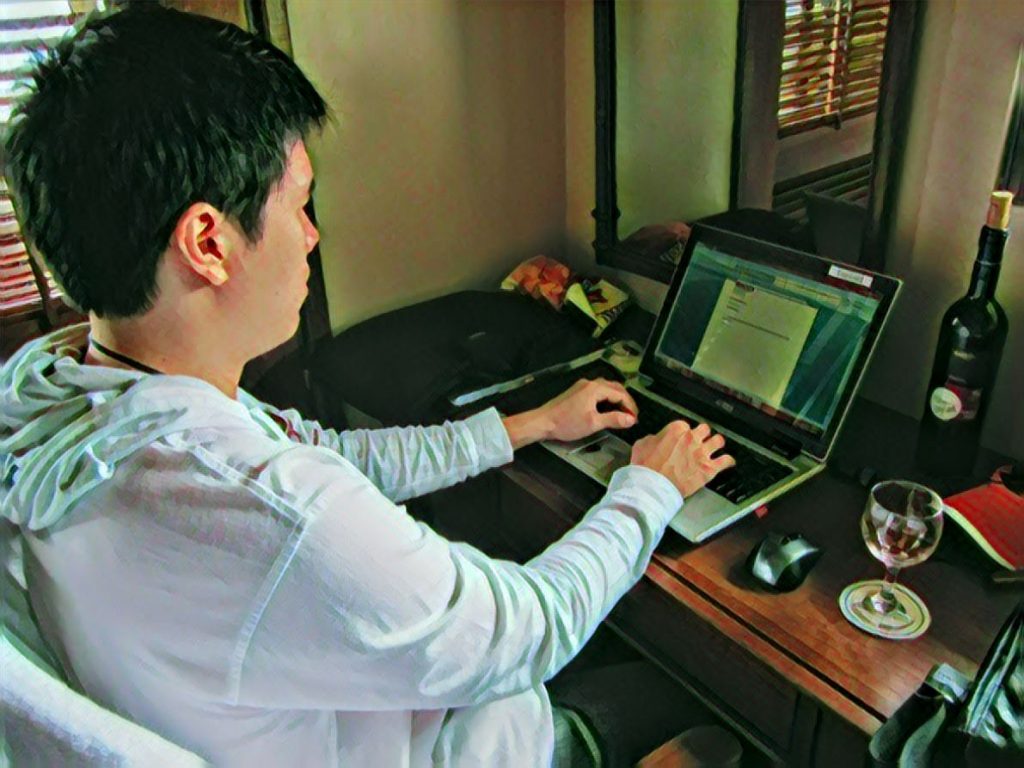 I was not born rich. My family is what I would describe as the typical middle class where my dad did not even graduate college because he had to fend for himself and his parental family. My mom also grew up with little to nothing.

By God’s grace, my parents were able to save enough to start a business distributing hardware supplies and I was able to go to college. Sadly, I did not do well and I failed 28 units and got almost kicked out of school due to my addiction to computer games.

Throughout this time, I have been actively serving the Lord and seeking His Will. When I was old enough to realize things at 7 years old, I knew that we were already attending CCF. I became a Christian at a young age and attended numerous kid’s camp and youth camps.

I thoroughly loved the experience and God has made Himself known to me as a young boy. I sought God, prayed daily and starting reading my Bible daily since I was 12 years old.

By now, I have finished the Bible from Genesis to Revelations 14 times and have come to understand the love, character and promises of God more and more.

I would volunteer to serve in the youth ministry of VCF since Jzone did not exist yet during those days. I served there until I was 19 then I was called to serve in Jzone in CCF Alabang.

By this time I started the God and You blog. I had nothing left but my last 1,300 pesos and I offered it to God for Him to use my gift in writing. I blogged away and published more than 800 articles in the blog today.

But during the early days, not a lot of people were reading my writings so I figured out how to increase the readers and subscribers of the God and You blog. And after some Google searching, God led me to learn Search Engine Optimization (SEO).

I applied it to the God and you blog and it worked – more and more readers came and read my writings and they would comment and subscribe and leave their thoughts about the articles I wrote as a single Christian guy.

Then I finally graduated college and my dad took me to Hong Kong as a graduation gift. I met a Filipino-Chinese lady there who asked me what I do. So I told her that I just graduated and I was doing SEO and I’m supposed to work for HP in the next month.

Then she told me that her uncle who owns the biggest scuba diving company in the Philippines back then needed SEO. I was surprised because I did not know a single person who knew about SEO back then. This was 2010.

She said that she would refer me to her uncle – which was another surprise since I had no real portfolio but the God and You blog. I did not have an official company, no company name, no logo, no employees, no office – all I had was the God and You blog and that’s it.

So I thanked her but at the back of my head I though to myself that there’s almost no way she will remember me or refer me to her uncle when we get back home.

We returned from our vacation and I worked for HP in Ortigas. Since it was so close to CCF St. Francis during that time, I volunteered to serve in the singles ministry for a significant amount of time – from volunteering in the worship ministry, to overseeing retreats, to teaching God’s Word in the workplace.

Then one day, I got a call from the CEO of Scubaworld. He asked me to present my proposal in his office and even though I did not have a real proposal, I thought I would give it a shot.

So I researched about how much SEO should be and I prepared my presentation which consists of the results I got from the God and You blog. I went to his office in Makati and he signed the contract.

That was the beginning of SEO Hacker and I signed two more contracts after that and started the SEO Hacker blog.

When my revenue at SEO Hacker grew, I decided to focus on it full time. So with the blessing of my dad and my managers in HP, I left my day job and worked on SEO Hacker.

It was also during this time that I started my public speaking practice. I would share my knowledge about SEO to schools and campuses and I would also share how I started my small business. In all my talks, I made it a point to include God’s faithfulness, miracles and divine interventions in my life.

Since day 1, I committed to tithe faithfully to the Lord and to pay the right taxes to the government. I also supported campus missionaries on a monthly basis and by faith, I never stopped supporting them until today – even during times when business revenue floundered or there were crises in the market.

This is because I know that God called me to the marketplace and I have to be faithful with His resources and the talents He has given me.

There was one time that SEO Hacker was at the brink in its early years. One big client did not pay up 10 months after the contract has ended and I had to hire a handful of people to finish their project. I did not know where to get the money to pay 13 people because I only had 10,000 pesos left in the bank.

I was shattered in spirit because I have never loaned from the bank or from friends or family before and I was hoping that I would never have to because of cashflow problems.

The first thing I did was to go to my inner room, then I knelt down and prayed and really poured my heart out to the Lord. I asked Him for help and deliverance and put my trust in Him.

That afternoon, the phone rang. It was a friend from high school. She told me that she referred me to an Australian non-profit company which had an office in Ortigas. I didn’t think too much of it because it was a non-profit organization but I thanked her and put the phone down.

That company called me a few minutes later. We met in their office and they signed a 6-digit per month check and they paid up immediately.

I was able to pay my entire team without needing to loan any money. God is faithful and God hears prayers.

Many years have passed since then and SEO Hacker today is 12 years now since I founded it way back 2010 when I was a young man of 22 years. Right now we are recognized as the number 1 SEO company in the country serving the biggest organizations and brands and making sure they rank first page for their keywords in Google search.

We also serve and support and sponsor some people who are influencers in the market who are God-fearing and who uses their talents for the Lord.

Every good thing in my life came from serving God. Today, SEO Hacker has grown to a multi-million peso company with 50 people working full-time. We are a living testament of God’s faithfulness, promises, blessings and divine interventions.

Truly everything you give to God is not in vain. From a broke single guy with a measly 1,300 pesos in starting the God and you blog, He has blessed my life immensely. To God be all the glory!