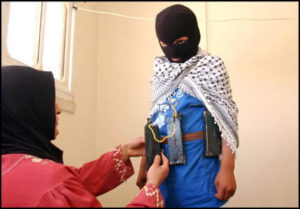 Suicide bombing is rampant in different terrorist networks. It is a common practice. The terrorist organization would buy the son or daughter of a family – sometimes they offer a million, sometimes more, sometimes less. A million for a person’s life? A million for your son? What does Jesus Christ have to do with this article?

Sacrifice for a belief 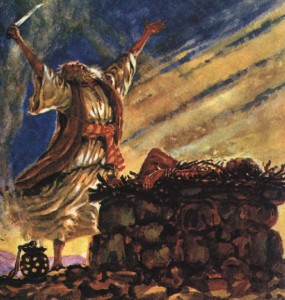 God said "I will provide"

Abraham was ready to sacrifice his own son – the one and only – to God. Abraham believed in God so much that he was willing wholeheartedly to give it all away. He was going to sacrifice something that is most precious to him – something he holds dearest to in life – for his belief in God.

Abraham nearly sacrificed his son when God called out to him. God stopped Abraham right at the last moment and promised Abraham that He would be the one to provide the sacrifice.

Right on the next hill, in ‘Golgotha’ , God fulfilled His promise. He provided Jesus Christ to die for us as the once-for-all sacrifice for man’s sin. Jesus died for us to end all unnecessary sacrifice in our world.

If only those suicide bombers knew this gift, they would realize they don’t have to sacrifice themselves or their sons. God did it for us, for peace in this world, for His glory, for His love for us and alas, for us to love each other.