In an email conversation I sent some of my friends at church the devotions I read in the morning. One of them replied, “Hindi ka ba nahihilo sa dami ng devos na binabasa mo?” 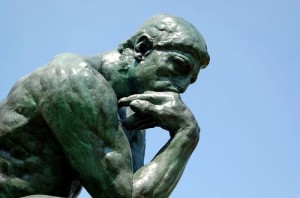 Author’s note: This was inspired by a conversation over at Starbucks.

She has a point. But I think more than that, I realized just how dangerous this habit can be. More often than not we tend to replace the bible with devotions. We can argue that these devotions were also derived from scripture, but that’s the problem – they’re derivatives of the scripture, but we tend to take them as if they are.

Recently I’ve had this conversation with a couple of friends regarding emerging/post modern churches. One of my friends mentioned that there was this one pastor that wrote a book with a claim that hell is empty because Christ has already paid for everyone’s sins and hence everyone goes to heaven. It apparently caused a stir in the states. This friend goes on by saying that John McArthur points out several pastors (some of them I subscribe to) with whom he has a problem regarding what they preach.

Now, this is not to scare us and make us stop reading our devotionals. They are good supplements during quiet time, but they should be just that – supplements to help us better understand God’s Word. I believe that our reflections and devotions should be always be mainly referenced on the Bible. God’s Word is alive, and it speaks to us in a very personal way. Replacing that with a devotional is like listening to what its author thinks about God or His Word rather than listening to what God is telling us. And though this is not entirely wrong because such people have gone great lengths to study and reflect on God’s Word, there is a danger in the tendency to take these insights as theology.

Some materials may have its insights based on scripture, and that’s good. But it’s still the author’s insights, not ours. I remember Pastor Nathan Leigh once said that we shouldn’t just take anything we hear/read as valid theology; that we should validate it with what the Bible says. Just because it makes sense doesn’t mean it is true – consult God’s Word and validate, even this article.