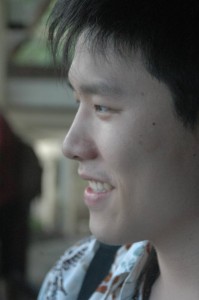 Before you read this entry, please note – this has been an entry of my distant past already. Thanks.

You all know that I have high standards in looking for a woman to spend the rest of my life with. My standards have shocked people and they keep on asking why. One of my standards is “She must never have had a past relationship.” I wanted to explain why I usually don’t include girls who’ve had past relationships in the  list.

Girls who’ve had past relationships have given away keys to their hearts to the guys they have loved. They have made themselves vulnerable to the guy/s even if the relationship is over. She can never have those keys back. But what she can do is to change the locks.

And the guys happily took it. They have robbed her in some way, but they also did not because she also willingly gave it to him.

Girls who’ve had past relationships have given away her heart. Even if she wanted it back, it would return to her a little less. The way her heart beats would never be the same again. Her heart has been broken and torn, and it’s color has faded. Even if it heals, it can never return to what it once was.

What’s going to be left for me is only the remains.

So, what happened to you, Sean?

To those who know me and are close to me, you know that I am pursuing someone who’s had a past relationship. Why is that? Here’s my reason:

For me to love a woman who’s had past relationships can only say how special that person is. And how special is she indeed! God must have a very, very, very good reason why He led me to choose to love her.

What’s the point?
My point is this: Even if you have the tightest standards, if God calls you to something else, you have to be able to surrender everything to Him. It’s not about your standards – it’s about His plans and His glory. Remember that.