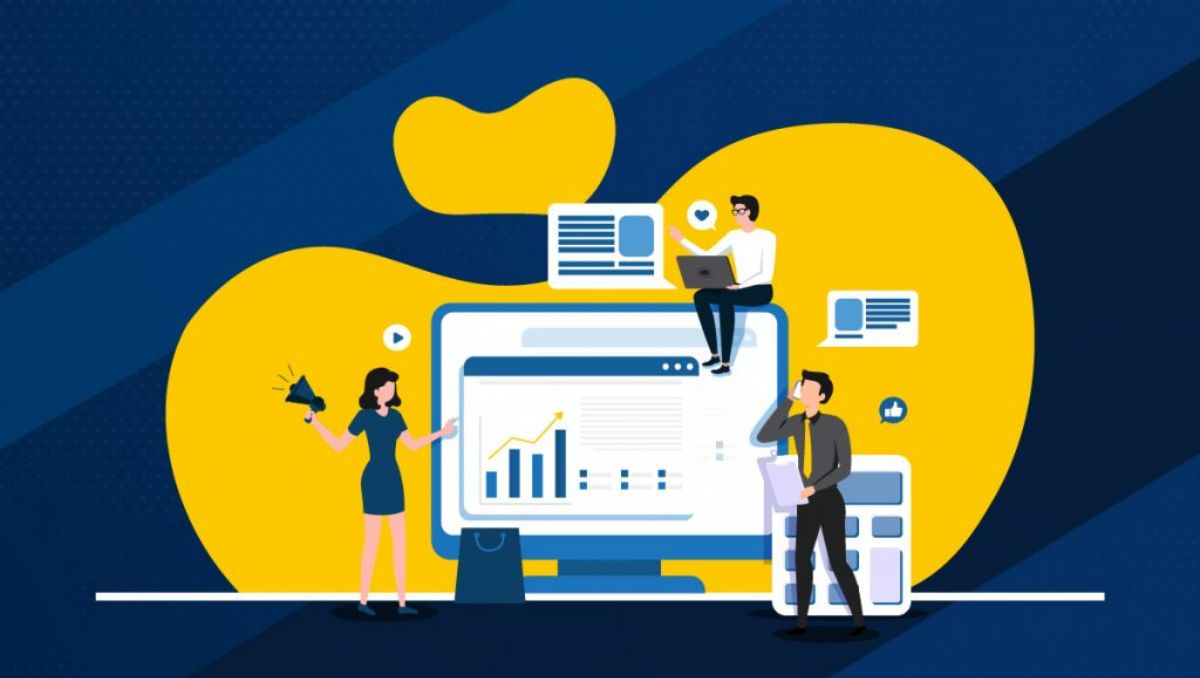 If you are one of those business owners that are still struggling to adopt, haven’t yet adopted, or are still pondering on going digital, this topic is for you.

In 2020, around 90,000 MSMEs ceased operations during the pandemic. That’s 193 businesses declaring themselves permanently closed in June 2020, while 1,875 other businesses reduced their workforce significantly according to DOLE (Department of Labor and Employment).

According to digital reports, the Philippines is among the top countries for e-commerce, digital adoption, and penetration, with 2019 seeing a 70% increase in users’ adoption of e-commerce. And that rate increased to 76% in 2020. In 2021, we were on track to hit 80%.

During the pandemic, there were a lot of businesses that mushroomed and sprouted out — and they were new businesses for the most part. The majority dealt with online delivery services, e-commerce, or online retail. Some were businesses that dealt with new modes of payment, also known as fintech. Some businesses dealt with technology, LED health care, and so on.

There are so many businesses that have sprouted out — and this has actually helped our economy so far.

At the same time, there are so many businesses here in the country that are still brick-and-mortar. Those businesses are still doing trade the pre-pandemic way. They’re not adopting more cutting-edge payment systems, and still using cash as a way to transact.

But, a lot of businesses have also moved and adapted to how becoming digital works, and how going digital can help their businesses.

Before we realize why and how you and I should adopt and “go digital,” we have to first ask ourselves: What are the problems that we’re facing right now in this digital trend? And why wouldn’t we adopt?

The second reason why a lot of business owners aren’t going digital is their unwillingness to change. You see, when you’re comfortable doing the same processes and systems over and over again, you don’t want things to change.

And, one of the reasons why business owners start businesses in the first place is because they want to put in that effort at the get-go. They sprint, or maybe do a marathon for 5, 10, 15, 20 years, and then cruise all the way until retirement. Right?

But, the world changes over time. Right now, we’re changing at an extremely fast pace with technology.

There are so many things we have today thanks to technology — and there’s even more still being developed. Web 3.0 and the metaverse are just on the horizon.

With so many developments, you just cannot afford not to move at the pace of the world today.

And for those business owners who are unwilling to change because they’re too comfortable, what’s going to happen is, instead of you cruising to retirement, your business is going to crumble down.

Slowly, but surely, the law of entropy will take over, and you will lose whatever processes, systems, and teams you have built around you. And that is a much more dangerous place to be.

One good example of this is a business called Flooring Solutions. Their website — flooringsolutions.ph — is one that SEO Hacker built not so long ago. Before that, the business owner, Anton Laborte — a good friend of mine now — was actually telling me the same things that I told you.

“You have to have connections with the purchasers. You have to take them out, give them a good time, and pay for their meals. These relationship-building tactics that happen offline are important. That’s our strategy, and it works. Why do I need your SEO services, Sean?” So that’s what he told me.

Though he was saying the same thing, maybe somewhere in his head, and maybe in his heart, he knows he needs to go digital. He knows that it’s time, and he knows he has to do something about it.

So finally, the time came down to signing the contract, because what I told him is if you’re the first to go digital, then all your other competitors are going to be wiped.

And the reason behind that is, even if right now your priority is building a fantastic relationship with the purchasers, what’s going to happen is those purchasers are going to get older and older. When that happens, they’re going to get assistance from people who are younger and younger.

The younger purchasers — the millennials and the Gen Z — are now in the job market. They are being hired, and they are working. And when they work, they no longer look for referrals in their network of friends. The first thing they do is ask Google.

So if you’re there, ranking number one for your keywords, guess what? You’ll be in every bid.

Imagine, in just three years’ time, his business grew five times over. His business was making somewhere around 30 million gross in 2018. Then 2020 came, and his business grossed more than 150 million!

That is what digital can do. That’s what we did for him. That’s what SEO has produced for Anton and his business.

And before I came in, Anton didn’t have a nice website. His company was named IIPI or International Industrial Partners, Inc., and it didn’t mean anything.

When I asked him why it was named IIPI, did you know what he told me? He told me that it was named so because he didn’t know what his business was going to be. He just started the business, registered the company, and decided upon a broad name, an all-encompassing name.

I actually presented that solution to him and suggested renaming the entire company. The good thing is that he agreed — and not a lot of business owners will agree to that.

But Anton is a guy around my age, and he’s open-minded to still change a lot of things in the business to improve it.

In fact, you can go ahead and search these keywords in your browser right now, and you’ll see them ranking number one and dominating their entire industry. That’s how we grew his business five times in three years.

So you see, going digital is a very big deal. After all, who wouldn’t want to multiply their gross revenue per year by five times? I don’t know any business owner who will turn that down. And what we did for Flooring Solutions, we were able to do in just three years.

But, SEO is a long game. It does take some time for you to be able to rank on the first page, and remain in the first place.

That’s because Google has its own mind — and we can’t tell Google what to do. So, you have to invest in your SEO today, because the one thing that you cannot pay for in SEO that is a pretty big factor is time.

The earlier you do your SEO, the better it works for you, and the harder it is for your competition to follow suit and try to beat you in the rankings.

That said, investing in going digital doesn’t have to be hard. You don’t have to be afraid, hesitant, or unwilling to change — especially if you know someone who can show you the way.

I’m here to help. My email address is sean@seo-hacker.com, and you could send me a personal email. We could get in touch, and there are no commitments. We’ll just have an exploratory Zoom call, and I’ll talk with you.

I’ll tell you how we’re going to be improving your site, where you are right now, why you’re not ranking and what our projections would be 12 months out. Let’s make it simple, easy, and inexpensive for you to start your digital transformation.