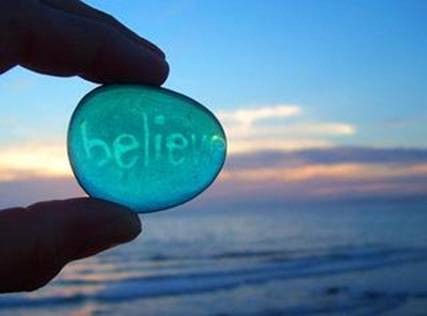 There are people who believe very awkward things, such as superstitions, or maybe traditions or feng shui or even religion. Even atheists believe something, they believe that God doesn’t exist. We are creatures of belief. It is part of us. Beliefs are an essential part of our lives. For example, I believe that God can still use dreams to communicate with us, why? Because the Bible says (He says) that He is the same yesterday, today and tomorrow. And the methods that He used before, I believe He can still use today. Although some people don’t believe that, even pastors, and I respect them.

And isn’t it wonderful how we as people sometimes cling to beliefs as much as to die for them, and isn’t it a mystery that some people change their beliefs in a blink of an eye. There are just different kinds of people, different kinds of beliefs – but we as humans are all designed to believe.

There’s a reason for that, as everything holds reason. A world without beliefs is a broken world, a marred one. Where there are no stories, no conviction, nothing. Without the power to believe, we humans will be moving in a world where nothing will ever happen. Everything in this world is changed by beliefs.

Now think about it, we humans are creatures of believing, but what if we can already see the future? God can see the future. Do you think God can believe?

Everything in this universe is built on believing.

God believes in you, so why shouldn’t you believe in yourself?