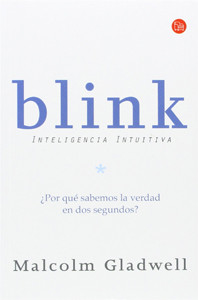 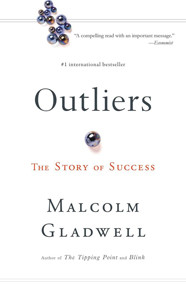 In this stunning new book, Malcolm Gladwell takes us on an intellectual journey through the world of “outliers”–the best and the brightest, the most famous and the most successful. He asks the question: what makes high-achievers different? 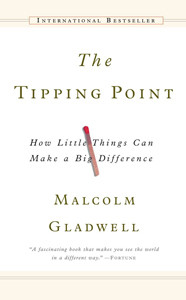 The Tipping Point
by Malcolm Gladwell

This widely acclaimed bestseller, in which Malcolm Gladwell explores and brilliantly illuminates the tipping point phenomenon, is already changing the way people throughout the world think about selling products and disseminating ideas. 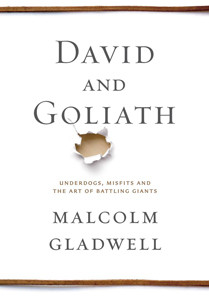 David and Goliath
by Malcolm Gladwell

In DAVID AND GOLIATH, Malcolm Gladwell challenges how we think about obstacles and disadvantages, offering a new interpretation of what it means to be discriminated against, suffer from a disability, lose a parent, attend a mediocre school, or endure any number of other apparent setbacks. 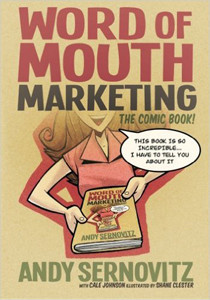 Quickly learn to get people talking about you in this fast, fun, comic edition of the New York Times bestseller Word of Mouth Marketing: How Smart Companies Get People Talking. 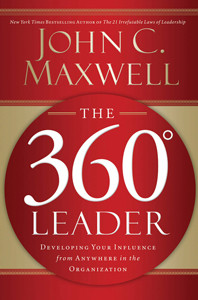 The 360 Degree Leader
by John Maxwell

Welcome to The 360° Leader. People who desire to lead from the middle of organizations face unique challenges. And they are often held back by myths that prevent them from developing their influence. Dr. Maxwell, one of the globe’s most trusted leadership mentors, debunks the myths, shows you how to overcome the challenges, and teaches you the skills you need to become a 360° leader. 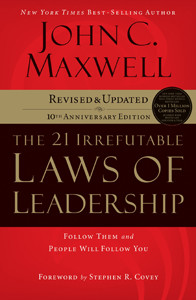 The 21 Irrefutable Laws of Leadership
by John Maxwell

If you’ve never read The 21 Irrefutable Laws of Leadership, you’ve been missing out on one of the best-selling leadership books of all time. If you have read the original version, then you’ll love this new expanded and updated one. 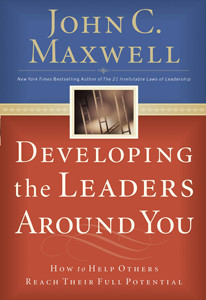 Developing the Leaders Around You
by John Maxwell

Why do some people achieve great personal success, yet never succeed in building a business or making an impact in their organization? John C. Maxwell knows the answer. “The greatest leadership principle that I have ever learned in over twenty-five years of leadership,” says Maxwell, “is that those closest to the leader will determine the success level of that leader.” 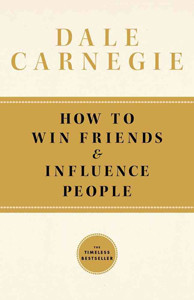 How to Win Friends and Influence People
by Dale Carnegie

Since its release in 1936, How to Win Friends and Influence People has sold more than 15 million copies. Dale Carnegie’s first book is a timeless bestseller, packed with rock-solid advice that has carried thousands of now famous people up the ladder of success in their business and personal lives. 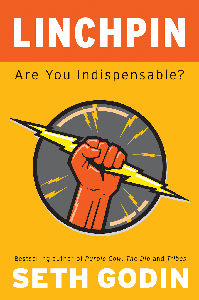 In bestsellers such as Purple Cow and Tribes, Seth Godin taught readers how to make remarkable products and spread powerful ideas. But this book is about you-your choices, your future, and your potential to make a huge difference in whatever field you choose. 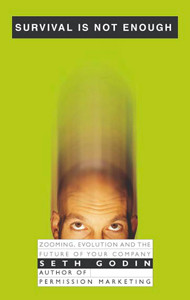 Survival is not Enough
by Seth Godin

In “Survival Is Not Enough,” bestselling author Seth Godin provides a groundbreaking new way to organize companies to thrive during times of change. It contains a simple yet revolutionary idea: We can evolve our companies the same way nature evolves a species. 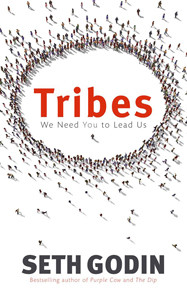 If you think leadership is for other people, think again—leaders come in surprising packages. Consider Joel Spolsky and his international tribe of scary-smart software engineers. Or Gary Vaynerhuck, a wine expert with a devoted following of enthusiasts. 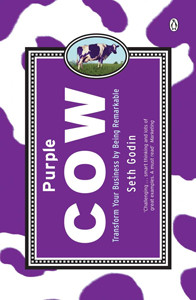 In Purple Cow, Seth Godin urges you to put a Purple Cow into everything you build, and everything you do, to create something truly noticeable. It’s a manifesto for marketers who want to help create products that are worth marketing in the first place. 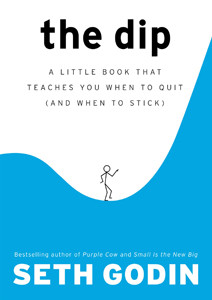 The Dip
by Seth Godin

Whether you’re a graphic designer, a sales rep, an athlete, or an aspiring CEO, this fun little book will help you figure out if you’re in a Dip that’s worthy of your time, effort, and talents. If you are, The Dip will inspire you to hang tough. If not, it will help you find the courage to quit—so you can be number one at something else. 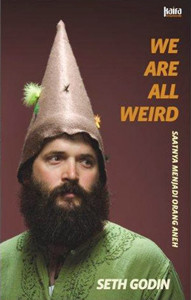 We are all Weird
by Seth Godin

Weird is the new normal. And only companies that figure that out have any chance of survival.
In this book, Seth Godin shows you how. 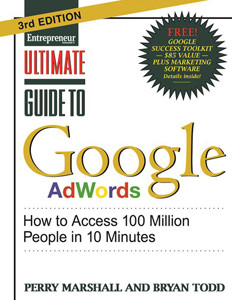 Whether you are brand new at AdWords or 7-year veteran, The Ultimate Guide to Google AdWords will decisively advance your game in 2 hours or less. Discover how to build an aggressiv , streamlined campaign proven to increase your search engine visibility, consistently capture clicks and increase sales. 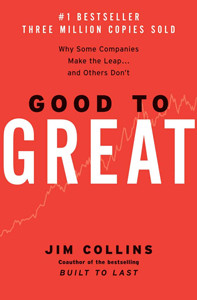 Good to Great
by Jim Collins

This book addresses a single question: can a good company become a great company, and if so, how? Based on a five-year research project comparing teams that made a leap to those that did not, Good to Great shows that greatness is not primarily a function of circumstance, but largely a matter of conscious choice, and discipline. 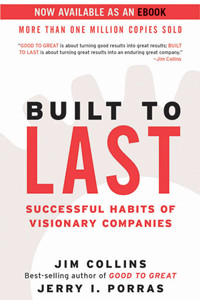 Built to Last
by Jim Collins

This book was coauthored with Jerry Porras and based on their research project at the Stanford University Graduate School of Business to investigate the question, Why are some companies able to achieve and sustain success through multiple generations of leaders, across decades, and even centuries? 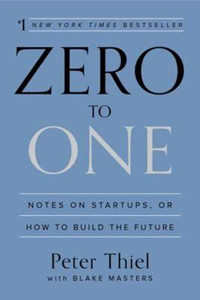 Zero to One
by Peter Thiel

In Zero to One, legendary entrepreneur and investor Peter Thiel shows how we can find singular ways to create those new things. This book presents at once an optimistic view of the future of progress in America and a new way of thinking about innovation: it starts by learning to ask the questions that lead you to find value in unexpected places. 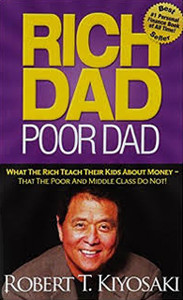 Rich Dad Poor Dad, the #1 Personal Finance book of all time, tells the story of Robert Kiyosaki and his two dads—his real father and the father of his best friend, his rich dad—and the ways in which both men shaped his thoughts about money and investing. The book explodes the myth that you need to earn a high income to be rich and explains the difference between working for money and having your money work for you.

From the Rich Dad’s series. “Investing means different things to different people. In fact there are different investments for the rich, poor and middle class. Rich Dad’s Guide to Investing is a long-term guide for anyone wanting to become a rich investor and invest in what the rich invest in. 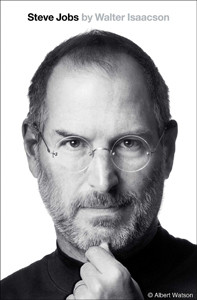 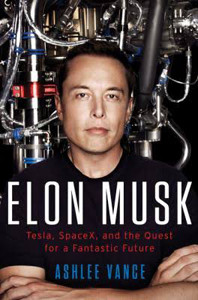 In Elon Musk: Tesla, SpaceX, and the Quest for a Fantastic Future, veteran technology journalist Ashlee Vance provides the first inside look into the extraordinary life and times of Silicon Valley’s most audacious entrepreneur. 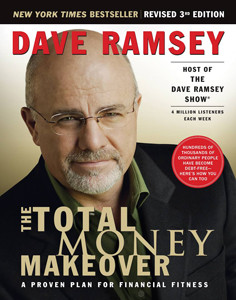 Total Money Makeover
by Dave Ramsey
The success stories speak for themselves in this book from money maestro Dave Ramsey. Instead of promising the normal dose of quick fixes, Ramsey offers a bold, no-nonsense approach to money matters, providing not only the how-to but also a grounded and uplifting hope for getting out of debt and achieving total financial health. 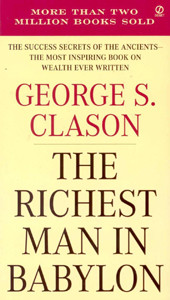 The Richest Man in Babylon
by George Samuel Clason

Countless readers have been helped by the famous “Babylonian parables,” hailed as the greatest of all inspirational works on the subject of thrift, financial planning, and personal wealth. In language as simple as that found in the Bible, these fascinating and informative stories set you on a sure path to prosperity and its accompanying joys. 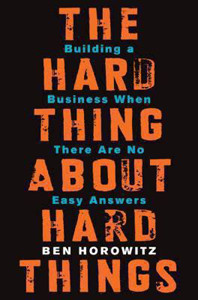 One of the most inspiring and impactful books ever written, The 7 Habits of Highly Effective People has captivated readers for 25 years. It has transformed the lives of Presidents and CEOs, educators and parents— in short, millions of people of all ages and occupations. 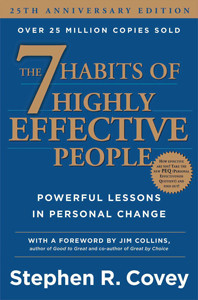 The 7 Habits of Highly Effective People
by Stephen Covey

Ben Horowitz, cofounder of Andreessen Horowitz and one of Silicon Valley’s most respected and experienced entrepreneurs, offers essential advice on building and running a startup—practical wisdom for managing the toughest problems business school doesn’t cover, based on his popular ben’s blog. 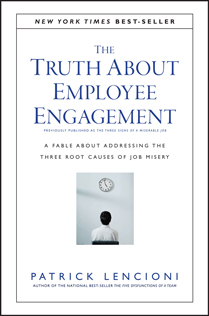 The Truth About Employee Engagement
by Patrick Lencioni

The Truth About Employee Engagement takes on the universal problem of job dissatisfaction. The book presents managers with a practical, new approach for engaging employees in order to maximize their potential. Studies show, an employee’s relationship with their direct manager is the most important determinant to employee satisfaction, more than pay, benefits, perks and work-life balance. 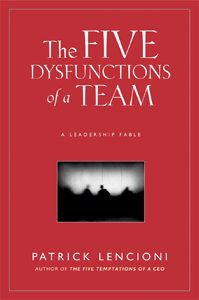 Five Dysfunctions of a Team
by Patrick Lencioni

The Five Dysfunctions of a Team outlines the root causes of politics and dysfunction on the teams where you work, and the keys to overcoming them. Counter to conventional wisdom, the causes of dysfunction are both identifiable and curable. However, they don’t die easily. Making a team functional and cohesive requires levels of courage and discipline that many groups cannot seem to muster.