I didn’t quite get it why Jesus had to add that last phrase ‘and to God what is God’s’ – what is Jesus pertaining to? Everything? God owns everything. But why did He have to state the obvious during a time when he was being asked a trick question? 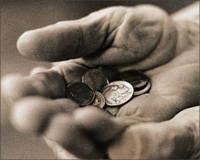 This entry was inspired by Ravi Zacharias in one of his podcasts and by Matthew 22:15-22

Let’s take a short look at the passage:

Paying the Imperial Tax to Caesar

Then the Pharisees went out and laid plans to trap him in his words. They sent their disciples to him along with the Herodians. “Teacher,” they said, “we know that you are a man of integrity and that you teach the way of God in accordance with the truth. You aren’t swayed by others, because you pay no attention to who they are. Tell us then, what is your opinion? Is it right to pay the imperial tax to Caesar or not?”

But Jesus, knowing their evil intent, said, “You hypocrites, why are you trying to trap me? Show me the coin used for paying the tax.” They brought him a denarius, and he asked them, “Whose image is this? And whose inscription?”

Then he said to them, “So give back to Caesar what is Caesar’s, and to God what is God’s.” 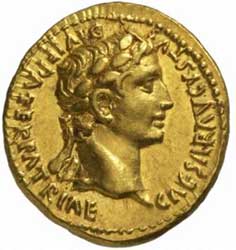 Taxes during the time were levied on people who are not Roman citizens. The Israelites hated this. They hated Roman tax. They were anti-government. But they also know that it is lawful to obey authority – under the governing human laws.

The Herodians thinks it is only right to pay taxes. They were pro government. Pro Caesar.

That means whether Jesus gives a ‘yes’ or a ‘no’, he will be hated – either by the Israelites or by the Herodians.

At this point, you are going to choose between two evils.

But Jesus did not.

He gave the most amazing, out of the box, out of this world, and yet simple, answer that we could never have thought of. He answered with the obvious and yet the answer is also an elusive one. Showing them a denarius, He simply asked: “Whose image is this? And whose inscription?” and it was obvious who really owns the coin.

So why did Jesus have to add ‘and to God what is God’s’ – this is not really part of the question isn’t it?

At first I thought Jesus was only trying to add God into the picture. But then Ravi Zacharias points out a very interesting intent behind that statement.

Maybe Jesus was waiting for someone to ask “What is God’s?”

He would’ve answered “Where does God’s image lie?”

Give to God what is God’s. You owe Him yourself.