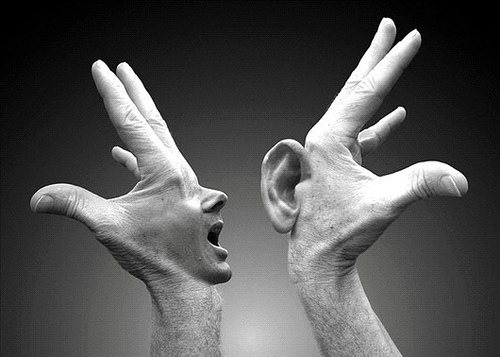 That’s what she said a few days before she left.

“You just go ahead and do what you want even if we told you our concerns.”

She filed her resignation quite some time ago. This is her exit interview and she’s telling me all about it.

“Is that your opinion or should I take it as the team’s?” I asked.

I’ve always fancied myself a listener. It’s ironic how people mistake listening to following. The fact of the matter is, I listened. I heard them out. Each and every one of them.

But I decided against their will. It was a critical decision – heck, almost all decisions that I need to make are critical. I had to make the decision that made more sense but I knew would displease them.

It never is easy. And people – especially here in the Philippines – would expect you to listen and follow what they said. It’s as if your entire business is a democracy. It’s not.

You know, where you have to make very tough choices everyday, save lives and yet the majority of the population will remain upset if you do not perform for them and do what they want. It’s a lot like that.

I’ve already come to the point where I’ve accepted my fate – not everyone will like me. Even if I go out there everyday and bust my ass trying to make things work, it’s still not enough. More will be demanded. More will be entitled to them. It’s tough but it’s the hard truth.

Just think: If he/she/they really knew better, then go with what they’re telling you. But don’t disregard the fact that you are where you are because you made a lot of right decisions – and they are where they are because they just haven’t been faced with making those decisions yet. Naturally, you know more and you have more at stake.

At the end of the day, it’s only you – the CEO, the founder, the owner, the sole proprietor – who will know the whole story and context of the decision you’re about to make. Only you will face the huge, long-term consequences. And alas, only you really know the sacrifices you made.

So make the right decision.