Lust is such a powerful word to us men. It carries a connotation of something dirty. Something we don’t want to be attributed to. It stings whenever we hear the word. And the reason behind it is we all know that we’re guilty. We’ve been tempted, we’ve fallen and we don’t want people to know. 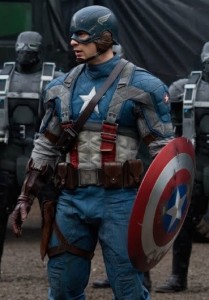 But this entry is not about just that. This blog post is for all the men who are in a relationship and who are planning to be in one someday. There is an existing, lurking temptation in every relationship with the opposite sex. It is strong, powerful and it will have its way if you don’t fight against it.

It didn’t start with you and me. It started way before.

It started with Adam and Eve.

“Now the serpent was more crafty than any of the wild animals the Lord God had made. He said to the woman, “Did God really say, ‘You must not eat from any tree in the garden’? ” – Genesis 3:1

Where was Adam when all this happened? He was right beside her.

“When the woman saw that the fruit of the tree was good for food and pleasing to the eye, and also desirable for gaining wisdom, she took some and ate it. She also gave some to her husband, who was with her, and he ate it.” – Genesis 3:6

What’s wrong with this picture?

Men: in your relationship, when you are tempted, carry the burden of temptation. Don’t let your girl do it. Don’t even think of asking her to be the one to push you away when you’re ‘feeling like doing it’.

Set up boundaries. Build your defenses. Prepare for the time when temptation will strike.

Preparation means denying the pleasure of watching pornography. Setting up boundaries means agreeing with your girl about the things you shouldn’t do when you’re together – things that ignite lustful thoughts. Building defenses means immersing yourself in the Word of God.

When temptation comes, be ready. Make your move. Protect your girl. Keep her from getting into the crossfire of your struggle.

God designed us to lead. He designated us to protect. Let’s do our job especially in the lives of the women we love.