“What you don’t know can’t hurt you” – ever heard this saying before? I believe it’s an idea quite similar to my topic for this entry. You won’t know what you’ve missed unless someone who knows what could have been, tells you. Why do people miss God-given opportunities? 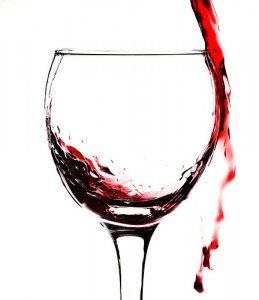 Let’s take it from the Bible

Reading 2 Chronicles 15:17, it says that king “Asa’s heart remained completely faithful throughout his life.” Now that is a very rare and difficult compliment to achieve from the Bible – and Asa was one of those kings who have evidently achieved it.

But right on the next chapter we can see that Asa has made some wrong decisions late in his reign and lifetime. 2 Chronicles 7 says “Because you have put your trust in the king of Aram instead of in the Lord your God, you missed your chance to destroy the army of the king of Aram.”

The context behind this is that Asa was first challenged by a million-strong army of Ethiopians while his own Israelite army numbered only 580,000. He was clearly outnumbered by almost half. But he called on to God and God gave him victory. It was a great show of faith in God on king Asa’s part.

But after years of peace, he has forgotten how God has given him great victory and delivered him from the Ethiopians. Instead of turning to God in a up-coming feud against the Israelites, (Asa was king of Judah and he was at ‘civil’ war with then king of Israel) he turned to the king of Aram for help – bribing the king of Aram with gold and silver dedicated to the Lord from the temple.

The Lord did not let this slip away. Is it a small matter? Maybe… But not for God. Remember that without faith it is impossible to please God – and clearly, king Asa did not put his faith in God with this act of turning to the king of Aram for help.

So God gave Asa another chance to turn to Him – He struck Asa with a severe foot disease. What happened? Again, Asa did not turn to God – he had a rebellious and hardened heart. He turned to his physicians for help. But they could not heal him.

I want to emphasize on the point wherein Azariah told Asa that he missed his chance of defeating the armies of the king of Aram. Would Asa know what could have been? Perhaps not. He wasn’t a seer or a prophet. But he did miss something, right? Something great. And isn’t that what happens in our lives today?

We miss what we would have missed

We might not know it but we do miss great, God-given chances. We miss chances when we don’t tell our parents of our faith in God and how we want to praise Him because they might think we’re stupid with our faith. We miss chances when we don’t tell our brother or sister of our faith and passion for God because we’re afraid they might think it’s awkward. We miss our chances with friends because we’re afraid they’d think we’re crazy and a freak when we share our faith with them.

In all this, we lack faith and trust in God that He will be the one to work in and through them. We don’t want to put our faces and our reputation on the line and we miss our chance. Don’t make the same mistake as king Asa did. I want my opportunities in life. I will grab them. I will trust God enough that I will put everything on the line just so that I’ll get it.

I pray that you’ll also make it so with your choices.