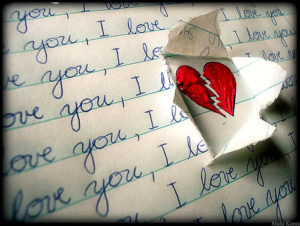 In a world where the word ‘Love’ has lost its real meaning in a flurry of shallow statements such as “I love chocolate”, “I love books”, “I love Facebook”, how do we know what it really means when someone tells you “I love you”?

This entry has been inspired by Max Lucado’s book “A Love Worth Giving” which has taught me a huge deal about real love. Parts of this entry has been taken from a part of his book on “Love Believes all Things” I’m writing this entry as the first of a series based on his book. His writings have been a wonderful experience to me.

“By all rules, Skinner was a dead man.” With these words Arthur Bressi begins his retelling of the day he found his best fiend in a World War II Japanese concentration camp. The two were high-school buddies. They grew up together in Mount Carmel, Pennsylvania – playing ball, skipping school, double-dating. Arthur and Skinner were inseparable. It made sense, then, that when one joined the army, the other would as well. They rode the same troopship to the Philippines. That’s where the were separated. Skinner was on Bataan when it fell to the Japanese in 1942. Arthur Bressi was captured a month later.

Through the prison grapevine, Arthur learned the whereabouts of his friend. Skinner was near death in a nearby camp. Arthur volunteered for work detail in the hope that his company might pass through the other camp. One day they did.

Arthur requested and was given five minutes to find and speak to his friend. He knew to go to the sick side of the camp. It was divided into two sections – one for those expected to recover, the other for those given no hope. Those expected to die lived in a barracks called “Zero Ward”. That’s where Arthur found Skinner. He called his name, and out of the barracks walked the seventy-nine pound shadow of the friend he had once known.

I stood at the wire fence of the Japanese prisoner-of-war camp on Luzon and watched my childhood buddy, caked in filth and racked with the pain of multiple diseases, totter toward me. He was dead; only his boisterous spirit hadn’t left his body. I wanted to look away, but couldn’t. His blue eyes, watery and dulled, locked on me and wouldn’t let go. 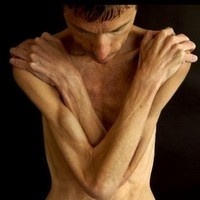 Arthur didn’t know what to do or say. His five minutes were nearly up. He began to finger the heavy knot of the handkerchief tied around his neck. In it was his high-school class ring. At the risk of punishment, he’d smuggled the ring into camp. Knowing the imminence of disease and the scarcity of treatment, he had been saving it to barter for medicine or food for himself. But one look at Skinner, and he knew he couldn’t save it any longer.

As he told his friend good-bye, he slipped the ring through the fence into Skinner’s frail hand and told him to “wheel the deal” with it. Skinner objected, but Arthur insisted. He turned and left, not knowing if he would ever see his friend alive again.

I’ve been counseling a friend about his personal problems. His life’s a mess. He’s been following his own desires. His own passions. Until it ruined him – emotionally, relationally, spiritually. It marred his life. And you know what brought him back up to his feet?

I reminded him that God believes in him. 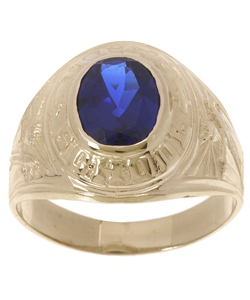 Want to know what happened to Skinner? He took the ring and buried it in the barracks floor. The next day he took the biggest risk of his life. He approached the “kindest” of the guards and passed him the ring through the fence. “Takai?” the guard asked. “Is it valuable?” Skinner assured him that it was. The soldier smiled and slipped the ring into a pocket and left.

A couple of days later he walked past Skinner and let a packet drop at his feet. Sulfanilamide tablets. A day later he returned with limes to combat the scurvy. Then came a new pair of pants and some canned beef. Within three weeks Skinner was on his feet. Within three months he was taken to the healthy side of the sick camp. In time he was able to work. As far as Skinner knew, he was the only American ever to leave the zero ward alive.

God gave you a ring once. Jesus talked about it in the story of the prodigal son.

The tale involves a wealthy father and a willful son. The boy squandered all his inheritance in wild living. He sated all the desires of his heart through fleeting, temporary pleasures – until nothing was left for him. Living in misery and loss, he went back to his father’s house. And you know what? The father ran out to him in compassion. Instead of crossed arms, a furrowed brow and a stern lecture, the first things his father gave him were gifts.

“But the father said to his servants, ‘Quick! Bring the best robe and put it on him. Put a ring on his finger and sandals on his feet. Bring the fattened calf and kill it. Let’s have a feast and celebrate.” – Luke 15:22-23

Do you know what a ring meant during the time? Rings were symbols of delegated sovereignty. The bearer of the ring could speak on behalf of the giver. It was used to press a seal into soft wax to validate a transaction. The on who wore the ring conducted business int he name of the one who gave it.

“When you speak the truth, you are God’s ambassador.
As you steward the money he gives, you are His business manager.
When you declare forgiveness, you are His priest.
As you stir the healing of the body or the soul, you are His physician.
And when you pray, He listens to you has a father listens to a son.
You have a voice in the household of God. He has given you His ring.”

The only thing more remarkable than the giving of the ring is the fact that he hasn’t taken it back! Weren’t there times when He could have?

When you promoted your cause and forgot His? When you spoke lies and not truth? But you still have a Bible, don’t you? You could still pray? And you still have resources to manage? Then it appears that God still wants you to have the ring. He still believes in you!

And I wonder, could you take some of the belief that God has in you and share it with someone else? Could you believe in someone?

Arthur gave Skinner much more than a ring he gave him a proclamation, a judgment that said, “You are worth this much to me! You life is worth saving. Your life is worth living.” He believed in him and, as a result, gave Skinner the means and the courage to save himself.

Speak words that make people stronger. Believe in them as God believed in you

You may save someone’s life.

Arthur did. His friend Skinner survived. Both men returned home to Mount Carmel. One day, soon after their arrival, Skinner came over for a visit. He had a gift with him. A small box. Arthur knew immediately what it was. It was an exact copy of the high-school ring. After a lame attempt at humor – “Don’t lose that; it cost me eighteen dollars” – he gave his friend a warm smile and said, “That ring, Artie… It saved my life.”

May someone say the same to you.

May you say the same to God.