How would you know if a person is wise or humble? Sometimes humility can come out wrong. Wisdom and humility goes hand in hand. It cannot separate. There are people whom we deem as humble but in reality they are not. There are people who are skilled role-players in the stage of humility and wisdom and people can’t notice the difference. We can say “No, no, please don’t praise me” but deep inside we’re in cloud 9 with pride. There are certain traits of a wise and humble person and for this post, I’m going to talk about the first 3. 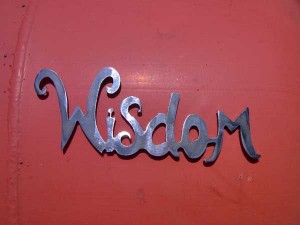 Wisdom and humility cannot be separated

When someone is accused, the natural reaction is for that person is to defend himself. A humble person would make himself clear when accused. He will make sure that the accuser and other people would get his point and then keep silent. If the accuser or the people would still throw accusations at him/her, he would keep his mouth shut because he knows that he’s already made his/her point and it’s no use repeating it. He won’t defend himself twice if he knows he’s already made it clear – look at Jesus’ example.

In staying silent, Jesus showed the people His difference from any other person. He was different. His wisdom and humility was enacted when He chose to keep silent in spite of all the untrue, illogical, contradicting and unbalanced accusations hurled at Him. It’s because He knows that He’s made Himself clear. He knows He doesn’t have to repeat Himself.

When accused and gossiped about, a wise and humble person would stay silent. He would not fight back with his own accusations or his own sets of gossip. He wouldn’t even try to defend himself if he knows that the gossip is false and the accusations are unreal. Why? Because he knows the truth and whatever happens, the truth will always come out. It will always reveal itself in the right time.

Talking about yourself will make the other person know you more – which is good. There’s no problem about talking about yourself if you’re building relationships. But you can build stronger ones when you let the other person do the talking and you do the listening. There are a lot of talkers in this world and very few listeners. In fact listeners are endangered species in our democracy-rich planet. Wherever you go, people want to talk about themselves in order for them to be loved and fill that void in them that longs for love.

A wise and humble person lets other people do the talking because he knows that they need a listener and he knows that somehow he can get to build stronger relationships and gain more wisdom in listening rather than in talking about himself.