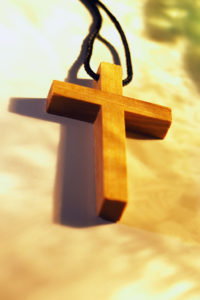 Christianity –what comes into your mind when you hear the word? What is Christianity for you? For the world today, Christianity is a religion. A set of rules and traditions that teaches how to get to heaven, or at least how not to go to hell. Christianity has become a religion that is feared and at the same time looked down upon by people because of the long set of rules they think they have to mindlessly follow and because most of the people who call themselves Christians aren’t showing the grace we should be showing. Instead, Christians are either self-righteous or disobedient to what the Bible says.

A lot of people don’t care what it is because they don’t see it in the lives of the people who call themselves “Christians” the evidence of being who they profess they are. Why become a Christian when there’s no seeming difference anyway?

Sometimes we make Christianity as simple as the way we think we can go to heaven. Well, let me tell you that it’s not. It is not even a set of rules and traditions we have to follow. It is a relationship with God. A relationship with someone whom you confessed to be your “Lord” and your “Savior”. Many people confess Jesus as their Lord and Savior but don’t act like they have a Lord at all.

When you call someone your “Lord” it is only logical that you obey what that person says. Now if you only fear that person you call “Lord” just for the heck of calling him your “Lord”, then you will only obey him to the extent that you think he will see you or find out. But if you can get away with it, then you’ll try to slip by.

But when you confess Him as your “Lord” from your heart – meaning you really mean it because you love Him, then you will obey even in the little things you think you can get away with. 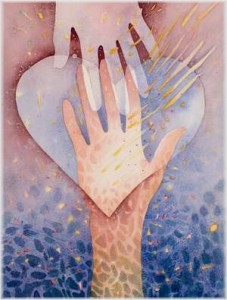 Christianity is a relationship. It’s not a set of rules you have to follow. It isn’t ruled by fear but by love. If you really love God, you will obey. If you only fear Him, chances are you will compromise and try to get away with the little things you think won’t matter.

Christianity was never about how to get to heaven or how to avoid hell. It’s a relationship with God. See the difference?