The world has had the mindset of teenagers being irresponsible, happy-go-lucky, rebellious and what have you. It has branded teens as people who have no particular vision, whose goal is to have fun and to have it now, who’s curiosity must be satisfied, and the list goes on and on… And when you think about it, we don’t expect much from teens don’t we? 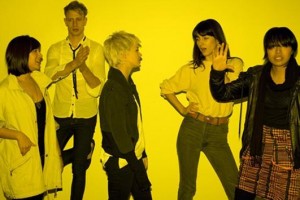 We don't expect much from teenagers

This entry has been inspired by the book “Do Hard Things: A Teenage Rebellion Against Low Expectations” By Alex and Brett Harris

Did you know the word “Teenager” did not exist before late 1940’s?

You heard it right. This word was never coined before the 20th century. It’s mind-boggling how, in such a short time, the world has radically changed on how it looks at men and women between the age of 13 to 20 or more. How teenagers were before the word was created was totally different. They were responsible, they acted as young men and women with visions in life and with responsibilities to bear. Men and women between the age of 13 to 20 before our time were a totally different bunch. So what made the difference? What’s the defining factor why we are so unalike?

The reason why we don’t expect much from teens is…

We don’t expect much from teens – yes you’ve read it right. It’s exactly that. We don’t give them reason to be responsible. We don’t give them reason to renew their mindsets about life. We don’t expect them to become responsible men and women UNTIL they are at the “RIGHT AGE”. And when exactly is that? Sometimes we think it’s when they’re 18 or when they’re 20 or more. But by the time they get there, they’ve built a 7-10 year habit around themselves. A habit that keeps them from expecting anything from themselves – just like how the world blatantly dictates they should be. 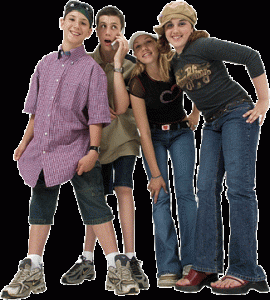 There is now such a term as  “Kidult”

Which is the rough combination of ‘kid’ and ‘adult’. These are the kind of people who has bought in to the mindset of the world that teens don’t have to be responsible until they are on the ‘right age’. Unfortunately, that ‘right age’ never came for these kinds of people. And now they’re paying for the consequences of their actions. I’m sure you know someone in your life who fits just the description.

A call to challenge

There has to be someone who will take up the cause and challenge young men and women today. To expect something great out of their lives – and to live with that expectation and standard. Until a young man or woman hears and takes up a challenge, he or she will live as a ‘normal teenager’ and will probably grow up as a ‘kidult’ through his or her life. The world lacks challengers and the voice of existing ones have been muffled and humiliated by the culture of today.

The best challenger is yourself

You know for a fact that unless you own the challenge, you will not make a move to fight it and stand. With that being the case, who else is a better challenger than yourself? As a young man or woman, you know your strengths and your weaknesses. And your challenge to yourself will be vital in your growth to wisdom and responsibility. It all starts out from your choice – you have to challenge that choice yourself. Make a move. 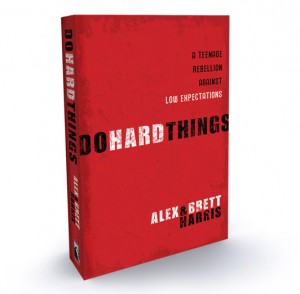 We have to do hard things

The book is mainly a challenge to yourself – a hard one. You can stick with an easy challenge but that won’t build you much muscle and your growth to wisdom and responsibility would be slow. You have to challenge yourself to do hard things – things that seem impossible for you to accomplish. Why? Because impossible challenges will make you realize that you need help. You need God. Doing hard things as a young person spells out dependence on God like no other.

Look at the example of David when he fought Goliath.

Look at Solomon who ruled Israel at a young age.

Look at Joseph who slaved in Egypt and rose in rank with the wisdom and knowledge of God.

These are just some of the examples of young men who changed their nation, and ultimately, the world in doing hard things and relying on God through it all. Don’t tell me you can’t do it. Because we already know that you can.

This coming June 19, 2010 there will be a “Do Hard Things” Conference here in the Philippines. Hear my challenge: Take action and register. Help out as a volunteer! It will change your life. Take up this challenge and rely on God to help you through. You’ll meet a lot of new people, you’ll gain wisdom in dealing with different situations, you’ll gain experience in organizing a conference, and ultimately, you will experience and know how to challenge yourself and Do Hard Things.