Was there ever a time in your life when you said “Enough is enough, I’m giving all this up to God.”  and then soon after you tell yourself “Maybe I’ll do it just one more time again.” or “Maybe I’ll do it in a lesser manner.” right there and then your surrender to God becomes incomplete. 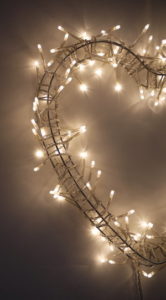 I stumbled upon this verse in Malachi during my quiet time:

“But you say, ‘How have we despised your name?’ By offering polluted food upon my alter. But you say ‘How have we polluted you?’ By saying that the Lord’s table may be despised. When you offer blind animals in sacrifice, is that not evil? And when you offer those that are lame or sick, is that not evil? Present that to your governor will he accept you or show you favor?” – Malachi 1:6-8

There are things in life that we sacrifice to God and give up to Him in our hopes and expectations that He will help us through. But somehow we find ourselves wanting to get a taste of that which we just surrendered. It’s natural for us to look back and compromise and long for the things that we told ourselves we’d never have anything to do with again.

My heart was all for the commitment during the time that I gave it up. But the heart is deceptive above all things. Sooner than later, I found myself wanting to work my way through the commitment I made little by little – until I was surprised that I have broken it completely. That blemished commitment that I made became no commitment at all and left me feeling sorry for myself.

Intention is not enough

Desiring to change and surrender something to God is the first step. But that’s as far as it goes. After all has been said and done, it’s the little decisions you’ve made that will matter. It’s the little compromises that you’ve allowed yourself to indulge in that will break you. 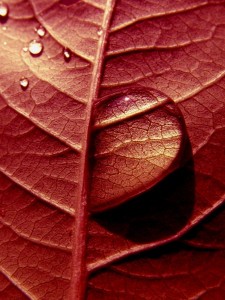 Little droplets of choices that make our commitment complete

Make that little choice bigger by always telling yourself that you’re gonna stick to it and defend it. The little choices that you make are the ones that will take you to your desired destination in light of the commitments and sacrifices you’ve made and given up to God.

Make that little choice bigger today. Give God a complete, unblemished commitment and He will honor you.