“I can’t do this. This is too hard. There’s no way I’m good enough to succeed. There’s someone better than me.” 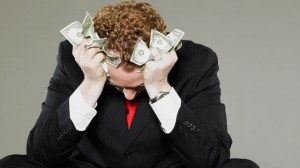 Webmaster’s note: This is a guest post by Jacqueline So whose life’s current challenges are not uncommon to young men and women today in the corporate and business world today.

It’s a bit of a daily mantra with me, a person who (unwisely in many opinions) quit her steady, well-paying job to embark on a writing career. I was positively overjoyed when I first made this decision in January for two reasons: one, because it was the achievement of a lifelong dream to be able to refer to myself as a ‘writer’ when asked for my occupation; two, because it was done in view of the Lord’s goodness and perfect timing.

I received the blessing of my parents, who were thoroughly opposed to the idea for a very long time, and I handed in my resignation to the bank in which I worked just in time to avoid a transfer to a team that would have ripped away all vestiges of sanity from me. In the two weeks following my last day at corporate work, I was happy, even buoyant. I felt confident because I was moving in tune with God’s will.

Then the first month of my freedom drew to a close. It wasn’t that I wasn’t doing anything–on the contrary, I had more of a plan than others I knew. I had a fairly regular part-time writing position, and I was getting other projects online. But the one big consequence of my decision, which I thought I’d thought through, hit like a freight train. The giant drop in financial stability. Coming from a Chinese family, this was particularly tough because I had been raised with the (admirable) knowledge that I would be the one to help my parents financially as they grew older, which was why they were so pleased with my banking job.

But I was down to living paycheck-by-paycheck, so how was I going to support my parents? How would I be surviving now if I were not under their roof? Would it have been better to live alone and struggle rather than face their disappointment at their sensible daughter’s insensible life choice? Worrying, always worrying, especially as I began having less to do.

Worrying is a sin many Christians don’t give a lot of heavy thought to. It’s a part of life. Being too palpably content, too rested and peaceful, is often taken as inaction. It’s a pressure that slowly, certainly, makes waiting on God impractical. There’s no time to be in His presence when there are bills that need to be paid. It’s the capitalism trap, which says that worth is determined by what you produce or what you can contribute to society.

What did I, an artist, contribute to my home? Maybe it’s time to give up the dream, and humbly return to a corporate lifestyle. If God’s not coming through for me, then I have to do something until He does, right? There’s nothing wrong with that. And the pressure mounts until all I can see is darkness, and I wonder where He’s gone.

Oswald Chambers says in his excellent devotional My Utmost for His Highest, “It is not only wrong to worry, it is unbelief; worrying means we do not believe that God can look after the practical details of our lives, and it is never anything but those details that worry us. Have you ever noticed what Jesus said would choke the Word He puts in us? Is it the devil? No–‘the cares of this world’.” He was indeed right. I was overcome by the fear of doing nothing, and it is in such hearts that the devil takes a foothold. And what a foothold it is.

I failed to recognize the invitation to spend more time in the Word, choosing to stare mindlessly at a computer screen as if willing something to happen. Worry birthed doubt; doubt developed into insecurity; insecurity grew into fear; and, as I saw in the lives of many artists, eventually ended in death and madness. For all their efforts, many great lives ended believing they were nothing.

By the grace of God, He opened my eyes early on to this bondage. I continually face these internal battles every day, but He daily guides me by His Word, by prayer, by love and unexpected support. He teaches me to sing songs of thanksgiving to Him when my thoughts focus on myself and I feel like there’s nothing to be thankful for. I try to pray with abandon, to trust the God I know is there. And that’s a day in the life of–no, not just a struggling artist. It’s the life of the ‘struggler’ in all of us.