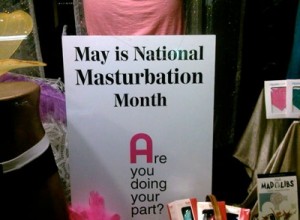 This entry is, of course, based on my personal experience as someone guilty of such a sin and is also based on discussions and arguments I’ve heard regarding the topic itself

When the world says it’s alright

“Everyone does it anyway”

“So? No one else is affected”

Remember the first lie you’ve ever told? You were nervous. Your palms were sweaty. Your heartbeat raced. Your pulse throbbed. And you almost stuttered. You were so afraid you’d get found out. It’s not a big lie – no you didn’t think it would affect anyone. It was just something about yourself.

Right after the words left your mouth, you felt a knot in your stomach. You knew that the words you’ve just let go were wrong. You knew it was a sin. It was lying.

Time passed and you grew older. Lying became a habit for you. You wouldn’t even break a sweat from telling a lie that could break your friend’s life. Sooner or later, you’d lie about money, about cheating your spouse, about things that could change your life forever.

Real men can say NO

The truth of the matter is, only those who can deny themselves of instant pleasure can call themselves real men. Real men knows how to discipline and control themselves – yes, even when the hormones kick in. And if you were wondering, yes, it’s what differentiates you from your dog.

“It is God’s will that you should be sanctified that you should avoid sexual immorality that each of you should learn to control his own body in a way that is holy and honourable not in passionate lust like the heathen, who do not know God; and that in this matter no one should wrong his brother or take advantage of him. The Lord will punish men for all such sins, as we have already told you and warned you” – 1 Thessalonians 4:3-6