I’ve been reading Charles Stanley’s ‘Winning the War Within’ and I’ve come across a very intriguing argument in his book. Here’s what he has to say about the common excuse we make when falling into temptation. 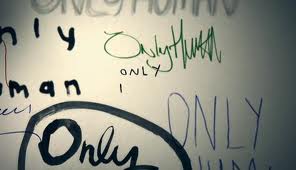 “One of the most common statements people make to excuse failure in the area of temptation is this: “I’m just human, and besides, nobody’s perfect.” Let’s take a look at that for just a minute.

There is some truth to this statement. Only God is perfect. The problem is that this statement confuses present character with potential behavior. Let me explain.

When people say, “I am not perfect,” they are referring to their personhood or character. They are basically saying, “Since I am not perfect internally, don’t expect perfect behavior externally.” But in a discussion of temptation, character is not really the issue.

The issue is whether or not, at a given moment in time, people (in this case, Christians) have the potential to do the right thing. God says they do.

“No temptation has overtaken you but such as is common to man; and God is fathful, who will not allow you to be tempted beyond what you are able, but with the temptation will provide the way of escape also, that you may be able to endure it.” – 1 Corinthians 10:13

All people have the potential to say no to temptation, regardless of whether or not we are perfect. Pointing to character as an excuse for giving in to temptation holds no weight with God.

Are you willing to exercise your potential as a believer and say no to temptation?”