It was my 21st birthday this September 6, 2009 and here in the Philippines that means a guy’s debut. But of course, it’s more of a girl’s custom to celebrate debuts – if you’re a guy you’d probably not want to celebrate a debut just for the reason that it’s not a “guy thing.” 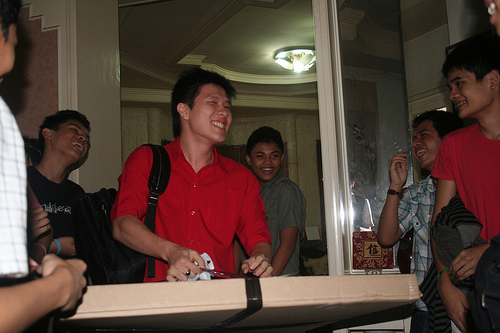 Well God continues to amaze me as my birthday this year was supposed to be a simple party. Really a very simple one. I was thinking of food and having my friends over and just talk and that’s it. That was all I was expecting. But my God can be so surprising!!! I went to church and asked my disciples if they’re coming by. Their answers put me on a thinking notion. When I asked them if they can make it or if they’re coming, they’d say “Maybe” or “I’d try” or “I can’t, we have family lunch.”

I really didn’t notice anything. Maybe because I trust my disciples so much (not that I’m starting to lose trust on them haha!) And then there’s also the problem of my best friend who suddenly was missing. I called up his house and talked to his parents (who, as I’ve found out later, were in cooperation with him) and they told me that he slept over on a friend’s house!!!They even told me that they didn’t know who the friend was!!! AND I BELIEVED THEM!!! ARGH! His dad even gave me the notion that he slept over an Atenean friend (which kinda put me down coz that would probably mean that he’d be absent in my birthday coz he forgot – which is impossible so I set this notion aside – or that he’s going to be late)

But I trusted my best friend so much that I KNEW that he was going to come no matter what! It’s just that when was he going to come by that’s the problem. When I got home from church, bringing the 30-inch pizza (with Jeremy),  I was so excited. When I entered our house, I saw only two of my disciples and I was already happy! But as I walked toward the dining area, they all popped out to greet me a happy birthday. I was totally surprised  and was exceedingly happy afterwards.

For the first time again my disciples were complete!!! All 12 of them were there! Hahahahaha! I was overwhelmed. And afterwards, the 30-inch pizza was overwhelmed as well. It got murdered. Hahaha! It was the first surprise birthday of my life! I even remember when they surprised me with a cake last year – that was already a very, very touching effort for me and this…. well… This was just all God.

They, of course, planned it with my mom whom I was talking to just weeks before my birthday telling her that it’d be so nice to have a surprise for me – even maybe just a skit or something. And she really took time and effort to make this birthday possible. I love my mom so much!!! She’s the best I can ever ask for from God! And this would never be possible without my dad. I love my parents so, so much! Thank you Lord! It’s all God. This is the best birthday yet – followed by the best date ever!!! Hahahaha! 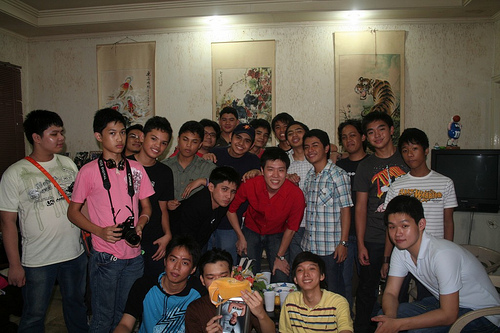 Thank you for all the encouragements and for all of the prayers and the joy you’ve shared with me. I love you guys and I will never forget this. Thank you so much! Thank you for making it a surprise for me – for even having to lie to me just to make it the best for me. Thank you! Now I see God’s promises come true in my life. Love the Lord your God and love your neighbor as yourself. God will remember me and will be the one to bless me. And indeed He blesses abundantly far more than I can ever think, expect or imagine.