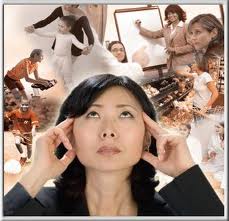 Women are multi-taskers. They could be talking on the phone on one hand and preparing her child’s sandwich on another. A friend of mine was talking to me about her experience in zipline in Cagayan de Oro then in the middle of it, she remembered her unfinished report on climate change and started talking about that! Random? Not exactly, more on REAL if you’re a girl.

Dr. Stephens describe women as sponges and men as turtles in his book Lost in Translation. Here, I’ll talk about how and why I personally agree with him.

Sponges absorb liquids as much as it can. It doesn’t spill unless you press them. It just takes everything in.

I’m reminded of a conflict between my friend and her husband. For the millionth time, she reminded him about locking the car doors once they start moving. Unfortunately, Curt just doesn’t find this necessary. So in frustration, my sister said, “If I don’t think about these things, who would?”

Studies say that women are more stressed than men. A probable reason for this could be because just like a sponge, they try to take in as much stress, responsibility and pressure as they can. Another reason could be is that women find it hard to say ‘No’ when faced with a task. Still another, they find it hard to let go of a concern and have it go over their minds in all possible angles they know.

Men as turtles, however, do not react this way. When faced with stress, the natural reaction would usually be to roll on their backs. They would not pay much attention to something that makes them feel unsure, undecided and unstable. This way, their shells remain hard, strong.

As my dad would say, “Sleep on it. Maybe in the morning, you’ll get a new perspective on how to solve the problem.” “What if I don’t? How sure are you that I would?”, was how I usually responded.

Let’s have a quick comparison of the two: 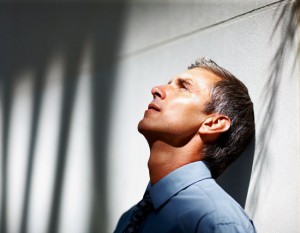 Studies also say that men are more stressed than they realize. They don’t pay close attention so they don’t notice stress related behaviors such as forgetfulness, binge eating, smoking, drinking and the like which may already signal stress to their partners.

One important condition that both the turtle and sponge should be careful about is overcompensation. This often times happen without the couple’s knowledge. When a turtle’s shell is too strong, the sponge feels she has to absorb MORE. This way, the sponge says, we can get things done. Then the turtle counteracts what he sees by having a STRONGER shell in order to avoid more drama. This is where it gets ugly.

In reality, turtles and sponges both need to be more familiarized on how each other react in order to work together. Sponges admittedly envy the strong shells of  turtles and really hope they could worry less. Turtles on the other hand should come out of their shells and step up to the challenge.