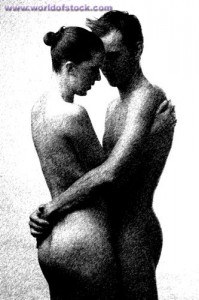 Men and women ARE attracted to each other

God has just finished creating most of the ‘good’ world – a world that pleased Him so much He wanted to create a being like Himself to dwell in it. And so He took some dirt, formed it in His image and breathed life into it. And so Adam came to being having been created by God and for God. He made Adam to be like Him in His competitive, wild, fierce, passionate nature and He said “It is good”. God placed Adam into a wild world.

Then God made Eve…

Then God realized that this part of Himself He has imparted to Adam needs a companion to be ‘good’ as God said “It is not good for man to be alone.” This fierce and competitive nature needs a helper. So God took out a rib from Adam while he was deep in sleep and created Eve. In Eve, God placed His loving, compassionate and tender-hearted nature. He made Eve in His image and likeness – beautiful and mysterious.

So what’s up with Adam and Eve? 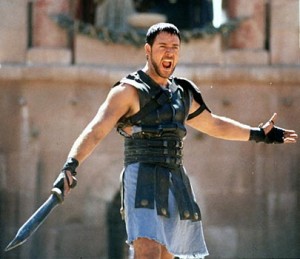 Men are fierce - that is God's nature reflected in us

Man will look for God

Be brutally honest with yourself, at some point in your life have you ever felt a longing for something you can’t explain? Do you feel empty – like there’s a void in yourself that you cannot fill? We all have. Men are designed to search for God. Inside all of us, there is a God-shaped void that only He can fill. But He CANNOT fill it up for you – you have to search for Him to fill it.

You may not know it, but sex plays a part

Sex is the fulfillment of those two separate likeness of God in man and woman. When man and woman come together in physical unity, it is there where we find God’s likeness in us to be complete. That act of physical consummation goes far more than you know. It touches the soul. In the spiritual realm, there is something going on that you cannot explain – your image and likeness has become complete.

This is what I think…

I think God created sex for exactly that. To find Him. We search for Him and long for Him and we realize, “wow a woman is great” or “wow a man is great”. But then in the end, we find out that any man and any woman is imperfect. Only God has that complete nature we are looking for. Why are we attracted to each other? To find God. We look for Him and we glorify Him in our relationships. We glorify God through sex. That is His design for us.

What do you think?