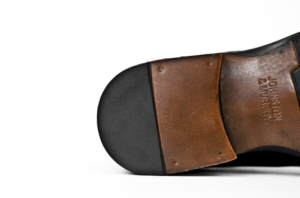 Have you ever had that moment in your life when you felt like an ultimate failure? When everything seems to be going wrong. No. Worse than wrong. Depressing. There’s a story about a king who had that moment. He was thrown dust and stones at while he was in exodus of his very own kingdom.

King David was a Busy Man

Too busy in fact, that his firstborn son, Absalom considered himself proxy in the king’s stead. Absalom went ahead and greeted the people of Israel – common folk – to settle concerns with them. There are people graced with charm. Absalom was definitely one of them.

“In all Israel there was not a man so highly praised for his handsome appearance as Absalom. From the top of his head to the sole of his foot there was no blemish in him.” – 2 Samuel 14:25

Talk about the Tom Cruise of their time! This guy was charming alright. If you were a downhearted Israelite with domestic concerns to bring to a very busy court and this guy comes up to you and says ‘hi’ – you wouldn’t take another step.

Absalom didn’t just say ‘hi’. He did and said more than that.

“He would get up early and stand by the side of the road leading to the city gate. Whenever anyone came with a complaint to be placed before the king for a decision, Absalom would call out to him, “What town are you from?” He would answer, “Your servant is from one of the tribes of Israel. Then Absalom would say to him, “Look, your claims are valid and proper, but there is no representative of the king to hear you. And Absalom would add, “If only I were appointed judge in the land! Then everyone who has a complaint or case could come to me and I would see that they receive justice. Also, whenever anyone approached him to bow down before him, Absalom would reach out his hand, take hold of him and kiss him.” – 2 Samuel 15:2-5

Talk about charm! Talk about guts! Absalom had it all. But did you notice the little lie he mixed in there?

“Absalom would say to him, “Look, your claims are valid and proper, but there is no representative of the king to hear you.”

How did he know that? He didn’t. King David was a busy man but he certainly took the time to hear the cases of the common folk. He was king, after all. What was Absalom’s goal in all this?

“Absalom behaved in this way toward all the Israelites who came to the king asking for justice, and so he stole the hearts of the people of Israel.” – 2 Samuel 15:6 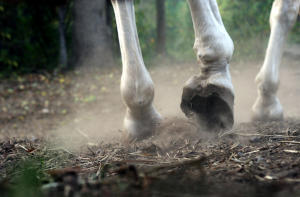 Absalom was planning to overthrow his own dad – to take over the kingdom. Such an ambition for an ex-exile (see 2 Samuel 13:37). Surprisingly, he was successful in his coup. King David left the kingdom with his tail between his legs.

“… And so the conspiracy gained strength, and Absalom’s following kept on increasing.” – 2 Samuel 15:12

“Then David said to all his officials who were with him in Jerusalem, “Come! We must flee, or none of us will escape from Absalom. We must leave immediately, or he will move quickly to overtake us and bring ruin on us and put the city to the sword.” – 2 Samuel 15:14

King David fled from the city with all his household and mighty men. Absalom had the whole of Israel with him. They have conspired against the king. For king David, this is one of the most shameful and defeated moments of his life – to flee from the hands of his own son. He was down. In fact, we could say to an extent, that he was depressed.

And then here comes a worthless man. A troublemaker by the name of Shimei. And you know what he did?

“ He pelted David and all the king’s officials with stones, though all the troops and the special guard were on David’s right and left. As he cursed, Shimei said, “Get out, get out, you murderer, you scoundrel! The Lord has repaid you for all the blood you shed in the household of Saul, in whose place you have reigned. The Lord has given the kingdom into the hands of your son Absalom. You have come to ruin because you are a murderer!” – 2 Samuel 16:6-8

Talk about kicking when you’re down! Kick the king why don’t you? In front of all his household and mighty men too!

Tip: These are men carrying swords, spears, bows, axes and every other sweet thing for decapitation and mutilation.

“ David then said to Abishai and all his officials, “My son, my own flesh and blood, is trying to kill me. How much more, then, this Benjamite! Leave him alone; let him curse, for the Lord has told him to. It may be that the Lord will look upon my misery and restore to me his covenant blessing instead of his curse today.” – 2 Samuel 16:11-12 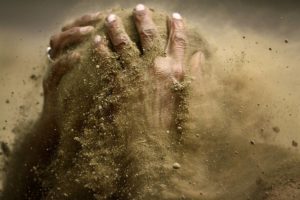 It’s a reaction of a man who understands the character of the Lord. A man who sees the big picture. A man who knows that justice exists in the person of God. A man who trusts in His God’s mercy.

He could have easily decapitated Shimei. In fact, one of his mighty men advised king David to command it.

“Then Abishai son of Zeruiah said to the king, “Why should this dead dog curse my lord the king? Let me go over and cut off his head.” – 2 Samuel 16:9

But he didn’t. Any normal king in his right mind would protect his pride and reputation and have that troublemaker killed. King David didn’t. And that’s one great reason why he is a man after God’s own heart. King David knows who God is and trusts in His justice and character.

We know that the story ends well for David. He died at a good, old age. Justice finally found Shimei in the days of King Solomon – King David’s son.

One thing I will never forget that King David did is to let God take the reins. Let God see his misery. And hope in the Character and mercy of the Lord – that He will restore His covenant blessing and lift His curse.

When you get kicked while you’re down. Remember King David’s reaction and how his story ended.